If you’re trying to boost your brand’s value you should think smart. Your custom printed umbrellas from ibrollyumbrella.com will help you out with that! 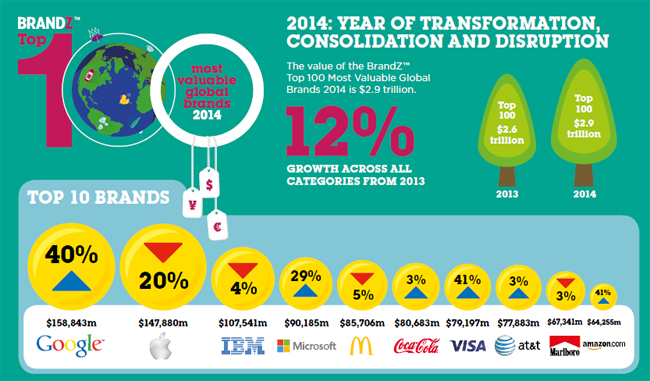 Global market research agency, Millward Brown states that Google’s brand value has increased by 40% in the time period of just one year.

According to the top 100 brand report of 2014, it has been found that the value of Google’s brand is of worth 158.84 arab USD. It has also been reported that ‘Google Glass’ has contributed a lot in increasing the value of Google. Google Glass is trending worldwide and beating other brands like Ray-Ban because of its internet link.

Along with the commencement of the reign of Google as the most valuable brand, the former most valuable brand Apple has been demoted to the second place. Its brand price is 147.88 arab USD. Investigations show that Apple’s brand value has decreased by 20%.

Get the full list of top 100 most valuable companies of the world by clicking here.