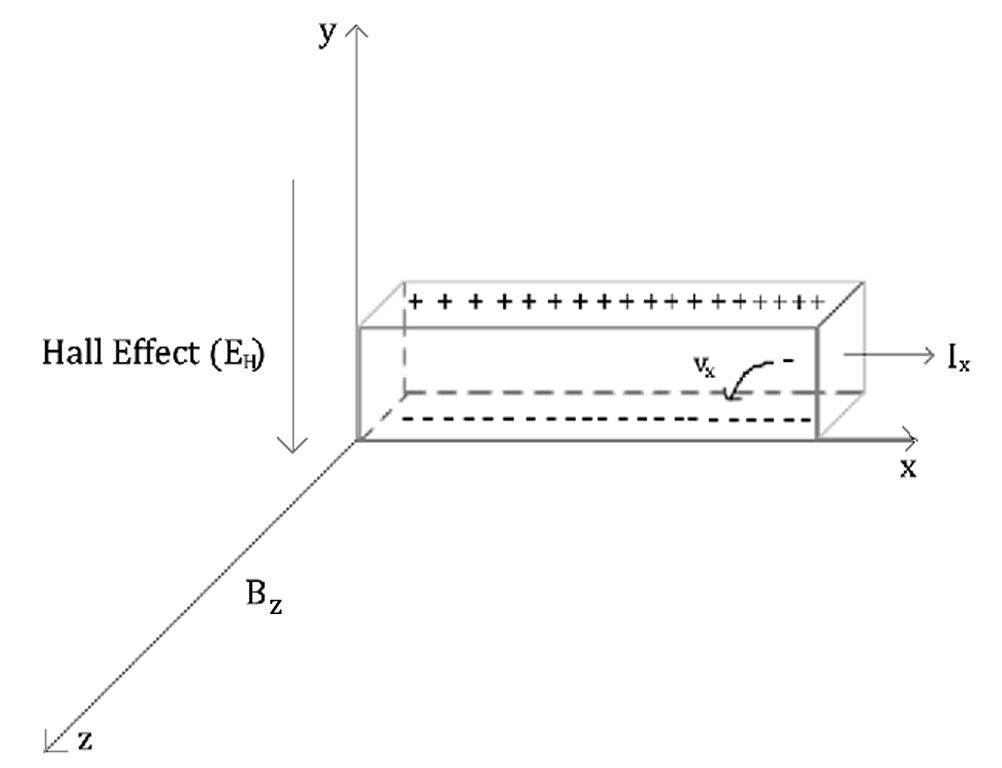 Let us consider a rectangular cross sectional specimen carrying current ‘Ix‘ in x-axis. Then electrons get drifted in opposite direction to the flow to current. Their velocity is ‘vx‘. Let uniform magnetic field ‘Bz‘ be applied on the specimen along z-axis. Let ‘θ’ be the angle between the direction of magnetic field and the plane of the conductor. Then each of the drifting electrons experience Lorentz force along negative y-axis which is given by
Fl = evxBzsinθ
= evxBzsin90o
= evxBz

The Lorentz force causes the electrons to bend downwards which will result to the collection of large number of electrons at the lower surface and deficiency of electrons at the upper surface. Therefore, downward electric field is generated, which is called Hall Field (EH).
The Hall field opposes the further downward movement of electrons. So, at steady state condition,

The current density Jx is given by,

Jx = – nevx …. (ii), where the negative sign represents the nature of charge of electrons.
Dividing equation (i) by (ii), we get,

This gives the magnitude of Hall electric field.

Hall constant is defined as the Hall field per unit current density per unit transverse magnetic field.
The applications of Hall Constant are: