Samsung has taken over the globe through its new and innovative smartphones like Samsung Galaxy Tab, Samsung  Galaxy Note, Samsung Galaxy Ace, Samsung Galaxy Young etc. It has brought out such great features in its smartphones by which it beat the King of Mobile Phones, Nokia. It has snatched the crown of Nokia and became the new King in the world of mobile phones. 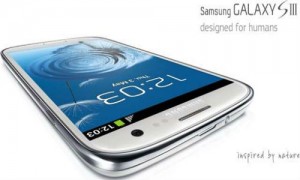 Samsung Galaxy S3 is somewhat larger than its older version Samsung Galaxy S2. It is found that this phone contains the wide display screen of 4.8 inches and many modern advanced features. Due to the Smart Stay feature of this phone, the display of this phone doesn’t stop glowing till the user is looking at the screen. Another interesting feature of this phone is the S-Voice Service. Actually, this phone consists a software which works according to the voice commands of the user. This software in the phone turns the alarm off after hearing the voice command “Alarm Off”. Likewise if we instruct the phone to call a friend in our phonebook by telling the command, the phone automatically dials a c 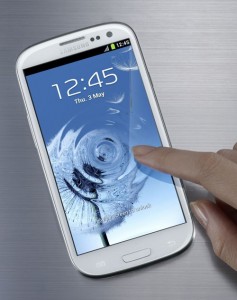 all to that friend.

Likewise, Samsung Galaxy S3 has a Quad-core processor having capacity of 1.4 GHz and a Random Access Memory (RAM) of 1 GB. This phone has the internal memory of 32 GB. This phone runs by Google’s Android Mobile Operating System. Another interesting feature of this phone is that we don’t need to click the keypad in order to pick up a call. This phone is so much smart that it automatically picks up the call when we take it near to our ear. This phone contains a camera of 8 megapixels.

Unlike other phones, in this phone we can carry out two different operations in a single screen. It means we can display two applications in the same screen simultaneously. For example, if we are watching any internet site and we want to watch a video, then we can simply watch videos in Pop-Up Play. Likewise, this phone contains the feature named Face Unlock. By using this feature, the phone can be unlocked only when it sees the face of the user whose face is recorded in the phone. This phone is available in White, Black and Blue colours with which we can get a plastic cover too. This 133 gram phone is 5.38 inch long, 2.78 inch wide and 0.34 inch thick. And it can even work in a 4G network.

The other top features of Samsung Galaxy S3 are listed below:

3. Availability of Wireless Charging Feature. It means that it can even be charged without using any kind of plug or wire.

5. Presence of HDMI feature by which we can watch the videos that are in the phone in a television.

Protection of Electronic Gadgets from Water