Google Glass features unveiled in preview video uploaded in youtube. Wearable technology is expected to be a major area for hardware makers for the 21st century.

The Google Inc. has been released the detail about Google’s eagerly-anticipated smart glasses.

A YouTube video uploaded by the company shows Google Glass in action- including the interface which appears in the wearer’s line of sight.

Google, the giant search engine has offered the product to the creative individuals and developers as a trial of the product.

Sergey Brin, the Co-founder of Google was spotted on New York’s subway testing the device.

The product was first unveiled as part of a demonstration at a Google launch event last year where developers were offered early access to the device for $1,500.

The company is now inviting people in the US to use the glass to suggest ways they would make use of the headset.

“We’re looking for bold, creative individuals who want to join us and be a part of shaping the future of Glass,” Google said.

“We’re still in the early stages and, while we can’t promise everything will be perfect, we can promise it will be exciting.”

The demo video uploaded in the YouTube showed how Glass can be used to take pictures and record video, as well as share content directly via email or social networks.

Voice commands such as “OK, Glass, take a picture” were used to control the device.

“Wearable technology is seen as a major growth area for hardware makers in 2013 and beyond. In 2008, Apple patented a laser-based “head mounted display system” that it suggested could stream video from its iPod, among other features. 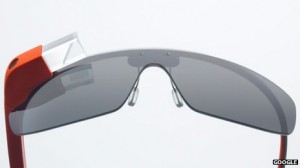 The wearable glass have a small camera and display built in.

Other patents obtained by Sony and Microsoft allow for creation of miniature displays to go over users’ eyes.

Oakley recently launched Airwave – ski goggles with built-in sensors which provide information on an in-built screen about an owner’s speed, the size of their jumps and what music they are listening to.

Away from the head, the newly released Pebble watch links directly to a smartphone – a concept Apple is also rumoured to be working on.

Use of Internet in Our Daily Life