study was interrupted. But he completed his study independently. His father died of hemorrhage and his elder brother was executed for participating in terrorist activities. 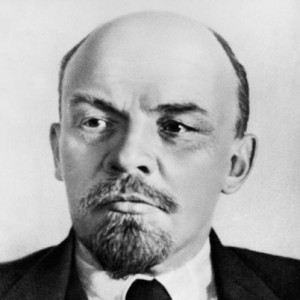 Famous as: Leader of October Revolution, Founder of Leninism
Born on: 22 April 1870
Born in: Simbirsk, Russia
Died in: 1924
Nationality: Russian
Works and Achievements: Application of Marxist doctrine, establishment of USSR, building up of the model of revolution for twentieth century

Vladimir Lenin was greatly influenced by Karl Max. He believed that revolution of lower-class workers would lead to the way of new system of power. According to Karl Max principle, the property would not be owned by any individual but the workers would be owned it. He became professional revolutionary after moved to St. Petersburg. Due to movement in revolutionary activities, he was jailed to Siberia. He formed the first Marxist political party in Russia, the Social Democratic Party in 1898. He met Plekhanov, a Russina revolutionary after the end of the jail in Europe in 1900. Without any delay, they published a newspaper called Iskra, meaning “The Spark” which is specially targeted to the economists and their policies of serving the capitalist. He edited many journals aiming to form new revolutionary groups and continuing the existing one. Iskar became the official journal of the Social Democratic Labor party later. Similarly, he also published a pamphlet, What Is To Be Done? in 1902.

Due to difference in opinion between Lenin and his friend Jues Martov, the party split into two parties and the Lenin formed new party as Bolsheviks. Lenin was again exiled in Europe in 1907. He spend majority of his time exiled in Europe. When revolution broke out in Russia in 1917, he led the Bolsheviks to control the government.

Due to exhaust by the First World War, Russia was going for a change. In March, steelworkers in St. Petersburg went on strike. It continued until the thousands of workers lined the streets.

The Scanner: A Useful Device