dust particles and germs. They cannot be washed either. If they are washed, they will surely get damaged due to their contact with water.

But now the new type of keyboards have been released in the market. They are the keyboards which don’t get damaged even if they are washed with water. Can you believe it? You will have to believe it because the days of such keyboards have started. Computer manufacturer 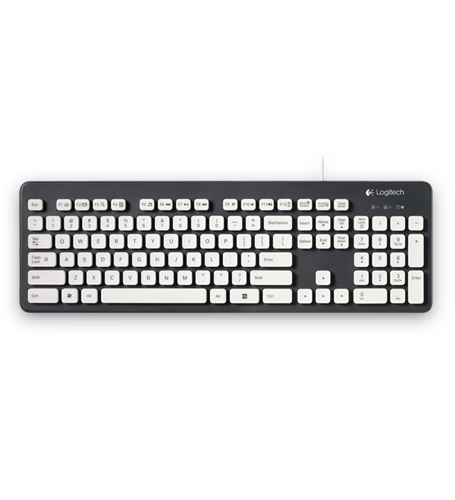 Logitech has created such a keyboard which can be immersed in water and cleaned without having any problem. You can even keep it under the tap. This keyboard is named as Logitech K-310 which weighs just 35 pounds. It consists of such pores which do not let the water to stay inside the keyboard and throw them immediately after water comes inside. Not only that much, this keyboards dries faster too. According to the company, this keyboard can be immersed upto the depth of 11 inches under water.

Sometimes even though we take much precautions while using keyboards, sometimes many stuffs like food and other liquids may get spilled over our keyboard which may make the keyboard unusable. It may also get full of dust when we don’t use it for a long time. It also contains huge amount of germs and bacterias. But the company assures that this thing won’t happen in case of Logitech K-310 keyboard.

Many researches have shown that the generally used keyboards are the ores of germs and bacterias. Res

Importance of Education in Democracy