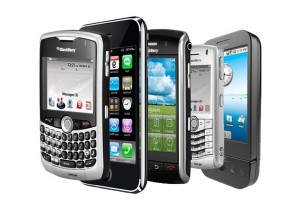 Buying a mobile phone has become a compulsion for all people and it has become a topic to be discussed and planned. Though costly mobile phones don’t carry value for the people having economic strength, they carry high importance for those people with low economic strength. And those people should check their economy also for buying such gadgets.
According to the investigation carried out by an investigating organization named Gartner, it is found that most of the Europeans and American change their mobile phones twice a year. But, according to mobile phone traders in Nepal, the mobile phones used by the people hardly last for three to four years. It is a bad luck for the people of Nepal that they haven’t got easy and cheap methods for buying mobile phones till date.
So, while buying mobile phones many aspects are to be viewed thoroughly. Some of those important aspects are described below:

Style
The first and foremost thing to be decided while buying a mobile phone is the style of the mobile phone to be bought. Flip phones, candybar etc. are the famous styles of mobile phones in today’s time. Few years ago, slider sets were widely used, but now their sales has decreased. Flip phone is the best choice for keeping in shirts, pants, jackets etc. They are the best ones because keypads and screen won’t be pressed while keeping in the pockets of those dresses. Candybar phones are one of the famous types of mobile sets in Nepalese market. These phones are easy to use and they are mostly strong and shock proof. Due to these features, these phones are widely used. Nowadays, LG and Samsung have brought their some models in Slider styles. These phones contain QWERTY keypad similar to computers which enables the users to get easy typing experience. While buying mobiles, we should be able to decide which models do we like the most.

Features
The main thing that affects the price of the phones is the features in them. The prices of the mobile phones differ due to the various applications. At the time of buying mobiles, spending money for the features that we do not need is worthless. Mobile phone traders always give mental pressure to the buyers to buy expensive mobile phones. But if we can understand what we need in our mobile phone, we can save our money from being wasted.
If our main need is to use email, internet and social networking sites, then our best choice can be smartphones. For those who don’t use such features in their mobile phones, it becomes useless for them to spend money on them. For listening to songs, to watch video clips and to take snaps, mobiles costing four thousand rupees to five thousand rupees is enough.

The proper and wise use of mobile phones will result in the easy and luxurious life. So, it is better to buy such phones which meet our requirements and our stature.