On the basis of capital investment, fuel consumption, production and use of technology, industry can be classified as follows: 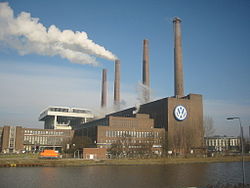